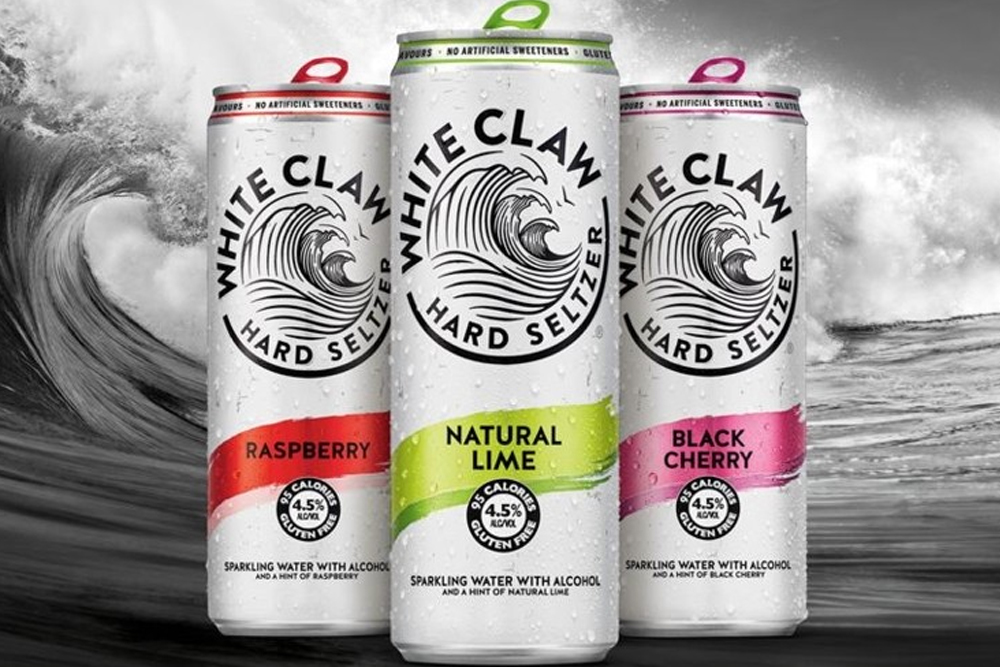 More people have been opting for hard seltzers as their alcoholic beverage choices over the past three to four years. Hard seltzers are usually ready to drink and easy to carry, offering the same convenience as a can of beer. Hard seltzers are made of fruit flavoring, alcohol and carbonated water, which makes up the base of the drink. Not to mention they are low in calories and carbohydrates while being only moderately alcoholic. Hard seltzers typically have an alcoholic content of 5 to 7 percent by volume, making them lower on the totem pole than mixed cocktails, some beers, and wine. Most hard seltzer brands are made from fermented cane sugar, while some are made from wine and base spirits. Other hard seltzer brands are also made using malted grains, which can also be found in beer. However, this does not mean those hard seltzers can be considered beers; they are still two different alcoholic beverages.

Most people who drink hard seltzers assume that because they do not taste like other typical alcoholic drinks, they cannot get as drunk when they take too much of it. This is far from the truth. You can get drunk from taking hard seltzers.

What is Blood Alcohol Concentration?

The amount of alcohol in one’s bloodstream is determined by measuring an individual’s blood alcohol concentration or BAC. If your blood alcohol concentration reaches .08 BAC, then you are deemed legally drunk in the United States. This means that for every 100 milliliters of your blood, there are .08 grams of alcohol in your system. The number of shots or alcoholic drinks it takes to get to .08 percent BAC depends on a few factors:

As a rule of thumb, for every standard drink one takes, the blood alcohol concentration rises by 0.2 per cent. One standard drink typically has 14 grams of pure alcohol in it, equal to 1.5 ounces of any distilled spirit with 40% alcohol by volume (ABV), 5 ounces of wine, or 12 ounces of any beer 5 percent ABV. This means it would take approximately four standard drinks for you to get drunk or reach .08 BAC.

On the other hand, just because hard seltzer is lower in calories and is more flavorful, this does not negate the fact that it has the same amount of alcohol as a standard can or beer bottle. Meaning that if you normally take about four beers to get to .08 BAC, there is a high chance that it may take the same number of hard seltzers to get to that point. Usually, one will need to take 4-5 cans of hard seltzer to reach a blood alcohol concentration of .08 percent. Take note that this is an estimation as the specific number is based on an individual’s body metabolism and capacity to process alcohol and the factors mentioned above.

Why Does Hard Seltzer Get You Drunk Quicker?

Most fans of hard seltzer drinks do not even know that they can make them drunk much faster than other alcoholic drinks. This may be due to various factors. 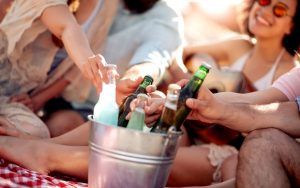 Hard seltzers have gained popularity among young adults as most of them have been advertised as a “healthier” and trendier substitute to other alcoholic drinks. But few people realize that it has the same alcoholic content as your average beer.

Most people do not like the taste of wine or beer, hence why they only take a maximum of one or two drinks. With hard seltzers, drinkers have various options of fruity flavors that make them refreshing and tasty. One can easily finish a can of hard seltzer as if it was juice or flavored cola. This is why some drinkers can lose count of how many hard seltzers they are taking, making them get drunk much faster.

The Body Absorbs it Into the Blood Faster 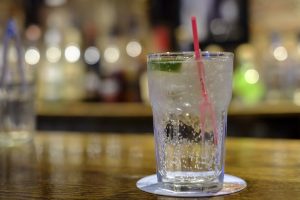 Carbonated beverages are usually absorbed much faster into the blood. So even though one becomes more hydrated and gets less of a hangover when drinking hard seltzers, it is still possible to get drunk faster from drinking such carbonated alcoholic drinks. Hard seltzers are still alcoholic beverages, and they contain an equal amount of alcohol as a typical beer. So taking them can get you drunk. Anyone who is in rehabilitation from alcohol addiction should not be taking hard seltzers.

It is important to find out the alcohol content in various alcoholic drinks such as hard seltzer to help you make the right choice when drinking. This will help you know your limit so that you don’t get drunk.

It is very easy to engage in binge drinking when taking hard seltzers, resulting in alcohol poisoning or other alcohol-related negative effects.